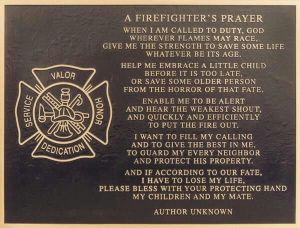 In the month of March, the funerals of two New York firefighters took place just days apart. Michael Davidson, 37, lost his life while battling a blaze in a NYC apartment building. Lt. Christopher Raguso was killed in a helicopter accident in Iraq, one day after his 39th birthday. As I read about, and watched the coverage of the funerals of both men, I could not help but think that there could be no better example of why funerals serve a vital purpose. The naysayers may believe that funerals don’t matter, but by all accounts they mattered a great deal to not only the family and friends of these brave men, but to their colleagues and the community at large. Although hearts were heavy, there was no mistaking how the comforting funeral rituals brought together and enveloped mourners. We would all do well to take a lesson from such public funerals before we go believing the media hype about the demise of funeral service.